It is most appropriate to create our Youth Triumph Award in the name and honor of Dr. Alice Holloway Young. She is a true trailblazer for the advancements of young people. Dr. Young chose education as her primary set of tools to enable them to succeed 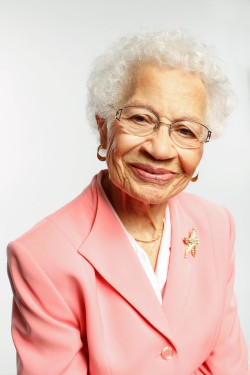 Dr. Young received her Bachelor of Science degree from Bennett College, Greensboro, North Carolina and Masters and Doctoral degrees in Education Supervision and Administration from the University of Rochester.

Her career began amid the squalor of a New York State migrant camp in 1944.    She was the college-age organizer who had come to establish a nursery school program for the camp’s children in Poolville, New York, and taught the parents to read and write.  Moved by the hopes of families living a harsh life of poverty, Dr. Young became their advocate.  She photographed the misery of their surroundings.  She worked to expose the outrage of their living conditions, and she determined that teaching would be her own life’s work.

In 1961, Dr. Alice Holloway Young became a founding trustee of Monroe Community College.  She served as Chair of the Board from 1978 to 1998. Her leadership, dedication, and perseverance significantly contributed to the advancement of literally thousands of individuals who have attended MCC.

Dr. Young has been awarded and recognized many times and in many ways too numerous to list. There is also a long list of organizations and programs for which she has provided effective guidance and leadership over the years.  She is truly a role model for role models. Her legacy to this community is enormous and very much appreciated.